If one has more than a passing interest in whisky, one tends to rate whiskies. Two ways to look at this are why and how.

The why, you can likely work out. It helps you remember whether an experience was good or bad so you can reiterate or avoid it. It helps you decide whether to buy a whisky or not. To simplify: it helps you organise your dramming.

The how is a lot more complex. If one has been in this for long enough, one will either have adopted the prevalent ratings system (Michael Jackson's, supposedly), or will have had (heated) discussions on the matter with other enthusiasts, certain that their respective systems are better.
Of course, they are all wrong, seeing as the Old Man of Huy's method is the best. In fact, that system is so good that only the Old Man of Huy can handle it.

Before I explain this wonderful system, let us have a look at a selection of other methods.

Wherever there is a complex problem, trust someone to come up with a simplistic simple solution. This one is as easy as:

Pros: no waste of time, no headache.
Cons: your bottle of Tomatin 12yo is in the same category as your friend's Glenugie 1966. In other words: it lacks granularity.

It is pretty much the binary school with room for uncertainty:

In other words, 'I spit this dram in your visage / I will finish my glass / don't put the cork back yet.'

Pros: no headache, has room for stuff you will neither enjoy, nor rave about.
Cons: still not much granularity.

PS, a regular character on this blog, rates out of 5, including 0. My interpretation of his scale is as follows:

It all goes out the window, though, as soon as PS uses half-points, which is often. He really is an out-of-ten in denial. 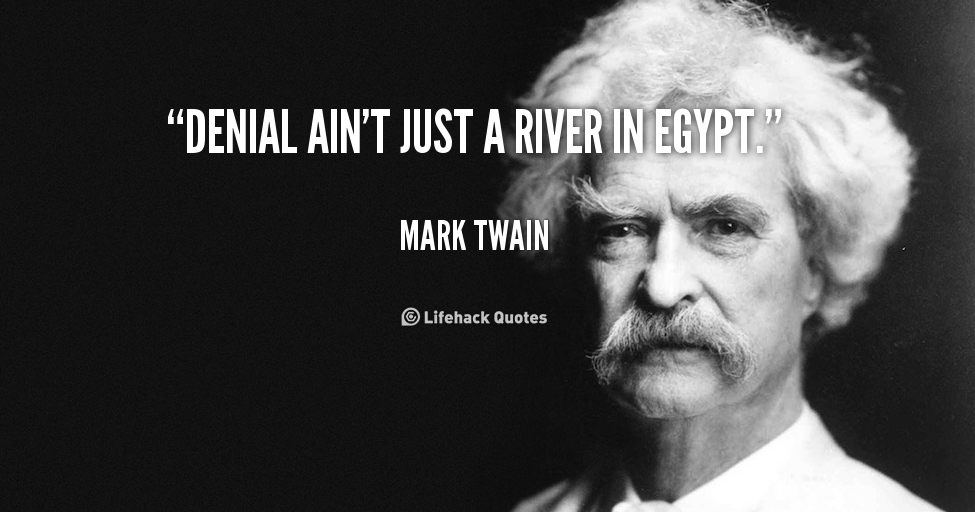 You know Whisky Mag, of course: a periodic publication about agriculture and ornithology. Quasi-deities of the malt world such as Dave Broom and Michael Jackson have contributed to it at some point or another, often providing tasting notes for some drams. Next to the colour, nose, palate and finish, contributors give a rating out of five. And halves. And quarters, in places.

Having spent too much time in school, several people in my circles (led by dom666 and Psycho) insist on rating out of 20. That started during the whiskogs.com days, of course, where ratings were out of 10, and they were mostly teasing me about that. They hardly used whiskogs and even more rarely to rate anything. Still, dom666 and other heretics thought they needed the granularity of a 20-scale to rate their vast collections of Talisker 10yo from the local supermarket.

Pros: granularity at a manageable level, the last acceptable scale before silliness, familiar to everyone who has attended school.
Cons: only came about to piss me off, scale is on the verge of overkill.

A huge fraction of the world's whisky enthusiasts rate out of 100. Fact.
It is very amusing to ask those people why they do. It is as enlightening as asking a fifty-something clerk in a public function why they do this or that. The answer is inevitably, 'it is what everyone else does,' or 'it is what we've always done.' If you are lucky, you might even get a, 'this is how one does it.'


People have always died at the end of their life. That is not to say it is always the clever thing to do.
Slightly more seriously, a lot of it stems back to Michael Jackson, who single-handedly created whisky and the industry that accompanies it (sort of). In his Malt Whisky Companion, MJ rated drams out of 100. That was the first book a lot of today's authorities on the matter ever read about whisky and they adopted the scale. Of course, this refutes the fact MJ sometimes scored out of five (or 20) for other publications and that the Companion was not his first book about whisky (that honour seems to go to the World Guide to Whisky, the first book of his I read on the subject, incidentally).
But fair enough.

The biggest nonsense with it, in my opinion (which, of course, represents the universal truth), is that the scale is only fully used between 70 and above. Occasionally, a famous whiskylluminatus will drink something terrible and rate it 31/100, you know, 'just to prove the whole scale is necessary.' Really? What is the difference between 31 and 34, then? Other whiskylluminati, in their quest for the best and worst, sometimes come across something so vile it scores negative points. Indeed, a bottle of Dufftown from a wreck received a fantastic -20/100. Sort of defeats the purpose.

The next load of bollocks is how the scale is used in the upper echelon. Nothing is worth 100. We can find things that are below 0, but nothing reaches the top spot. Ever. Might as well rate out of 99, then. But even then, an 85 is an average whisky, while a 90 is supposedly stellar. And 90 vs. 91 is supposedly a much wider gap than 80 vs. 81.

The final load of rubbish is the granularity. What is the difference between 84 and 83 again? Of course, two drams might be in the same ballpark, with one better than the other. Unless you try ALL the whiskies of ALL times and rank them against each other, there is always going to be an outsider to come in between your 83/100 Bladnoch 1989 and your 84/100 Speyburn 10yo. Hundreds of thousands of bottles have come out over the eras. Even if you score out of a million, you will run into cases like that from time to time that will make you question your scale.
More exciting than a drought, though, eh?


Nah. The above is meant as tongue-in-cheek banter, but it is not for me, this one. Too popular anyway. I swim against the current, me.

Pros: sells books.
Cons: are you taking the piss?

The worshippers of the Fibonacci Sequence

Some enthusiasts are clever. Their point here is that small differences in quality between drams do not really count. Only significant variations do. To illustrate that, the gaps between ratings are wider and wider as the sequence progresses. Also, there is no end to that sequence -- which is also smart: no matter how good that Port Ellen 1969 is, there will always be a Linkwood 1952 to beat it. No matter how good that Linkwood is, you are bound to drink something even better at some point (and by the way, it is likely to be a Bowmore).
For those who slept during math class, the Fibonacci sequence is 1, 1, 2, 3, 5, 8, 13, 21, 34, 55, 89 etc., where each number is the sum of the two numbers immediately on its left.
Now, of course, you could drink something so vile it deserves a 1. Later on, you would try something even worse that does not qualify for a 1. Given there is no top end, one could twist the concept to take it below zero. In other words: 1, 0, -1, -1, -2, -3, -5, -8, -13 etc.

Pros: no nitpicking, no headache, granular enough, has no top end, a system so underground it can only be appealing to unconventional people.
Cons: it is not my own idea, since it has no end, this cannot be used to compare to the score of perfection (whether idealised or tangible).

The Old Man of Huy's system

I score out of 10. Why? Well, why not? It gives me the granularity I need without the use of decimals, is manageable a scale, provides my friends with teasing material, has an accessible maximum and I use all the ratings from 1 to 10. Is it infallible? Of course not! To be infallible, one would have to... No! It is simply not possible. Is it better than the others? Obviously! I came up with it, did I not?
What does it all mean, though?

1 Camel piss
2 Diluted camel piss
3 Camel piss that is diluted enough to be tolerable in pastry
4 Not good to drink
5 Vapid, dull
6 Not bad, this
7 Pour me some more
8 Where can I buy this?
9 Price does not matter
10 Quick! Another pair of trousers!

I see you coming, dear reader. You think that, by rating TWE's Lochside 1964 10/10, I have shut the door to any improvement on that.
Or you have been reading this blog for a while and noticed that sometimes, I score above ten, prompting you to think I have lost my marbles.
Wrong and wrong.

Those who are familiar with the Tour de France will have heard of the mountains classification. 1979, on top of being a great year for Dallas Dhu, saw the advent of a new category for mountains in the Tour de France: Hors catégorie. It stands for a hill that is so tough to climb it does not fit in any of the four existing categories -- e.g. the famous Col du Tourmalet.

Well, sometimes on your whisky path, you come across a dram that is so spectacular, so mesmerising it shatters your preconceptions and does away with any scale you might have. The chicken's knee-jerk reaction is to act unfazed and quickly change your scale. The mature reaction, in my opinion (the only one that counts for me), is to acknowledge that you are experiencing one of the few instances in which some superior force is communicating with you by means of liquid gold. A whisky that defies all you thought you knew about life, the universe and everything. Something that, for a moment of bliss, opens a portal to the divine. Something that moves you so deeply that time stops. Until you wake up the next day in a puddle of ecstasy-goo with a smile on your face, thinking it might only have been a dream.
And yes, it is likely to be a Bowmore.

Let me illustrate this by tasting one dram. And since we might as well finish 2014 in style, it will not be just any dram.

Lochside 46yo d.1964 (42.1%, TWE, C#8970, 139b): at long last. Nose: fruit and wood. Let me see... Yellow fruit, at first (plums, apricots, mirabelle plums, mangoes, papayas, durian), then woody tones to an almost chemical level (varnish, lacquer). There is some vanilla in there, somewhere, with rhubarb compote. Yellow flowers make a late appearance with dark, juicy cherries. Mouth: finely balanced, delicate and elegant, oscillating between fruity and woody notes again. The texture is that of fruit juice, augmented with rhubarb compote -- fruity, velvety, yet slightly acidic too. Exotic fruits start to emerge at the second sip -- mango and maracuja on the front line. Finish: holy Molly! I will never tire of this. Vanilla pudding, butterscotch, rhubarb compote (insistent, today!) and custard. It is gently warming, elegant and pleasant, until... Wham! Bam! The fabled passion fruit roundhouse kick from below catches you off-guard, along with its acolytes -- mango punch and durian tickle. The finish is long and leaves a creamy feel in the mouth. Fruit-bursting yoghurt. A capital dram, this, and the perfect illustration of a 10/10. The attentive reader will note I should need another pair of trousers, now. I saw it coming: I am not wearing any trousers -- HA! This whisky inevitably triggers a gigglefest at the Old Man of Huy's. Today is no exception. I will miss that bottle, now it is empty.
Happy New Year!
Posted by the Old Man of Huy at 12:13